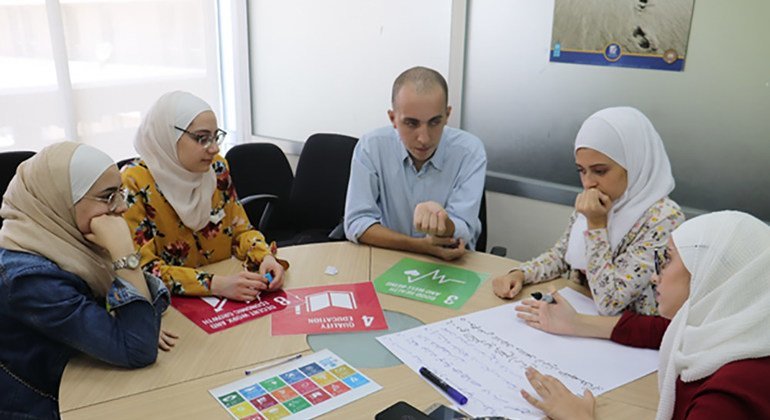 “Young people are also amongst the most vulnerable to victimization, particularly around gang-related crime, violent extremism, and sexual exploitation – all the while lacking sufficient coverage or protection,” said Abdulla Shahid, speaking at the first completely in-person debate of the General Assembly in New York, since the beginning of the COVID-19 pandemic.

By virtue of their age, energies and learning abilities, the senior UN official described young people as “key agents of change in effectively addressing many world challenges”.

Young people are also amongst the most vulnerable to gang-related crime, violent extremism & sexual exploitation, all the while lacking sufficient coverage or protection.

“Their importance in crime prevention is no different, and they deserve a greater say and contribution in how this is undertaken,” he said, reminding that this means providing them with safe and supportive environments to prevent involvement in criminal activities.

This includes initiatives such as school counselling, substance abuse treatment and problem-oriented policing.

“It means also addressing risk factors that lead young people to engage in violence and crime, including on the developing and human rights fronts and involving young people in decision making…as it pertains to crime prevention, justice, and the rule of law,” he added.

Empowering youth has been “a keystone” of Mr. Shahid’s presidency.

He has engaged with them in visits around the world, all the while urging States to adopt multi-sectoral crime prevention policies and programmes, specifically geared to youth.

“By empowering young people – by bringing them into the process and giving them ownership, as well as hearing their concerns and suggestions, we can strengthen the system and make our communities safer for everyone.”

Deputy Secretary-General Amina Mohammed stressed that given how impacted they are by crime, young people had a vested interest in finding effective solutions to prevent it, adding that “we need young people” in the debate.

Ms. Mohammed emphasized that because education is critical in shaping more crime-resilient societies, it is imperative to invest in further education that is “grounded in integrity.”

She closed by arguing that “every step of the way,” we must listen to and respect youth in formulating crime policies.

Meanwhile, Ghada Waly, Executive Director of the UN drugs and crime prevention office, UNODC, flagged that an increasingly fragile world, meant one that is one more vulnerable to crime.

“Hardship and instability create the conditions for crime, violence, violent extremism, and corruption to flourish, and they hold back young people in every way,” she said.

“The rule of law is under threat around the world, and the values, conditions, and opportunities that young people need to thrive are undermined”.

Calling the Assembly debate “timely,” the UNODC chief noted that young people continue to be confronted by crises and anxieties that threaten their hopes and futures.

“From conflicts to the climate emergency and the consequences of the COVID-19 pandemic, the world we are leaving future generations feels more fragile and less secure than ever,” she said, adding, “we need the courage and conviction of youth, now, more than ever”.

While a long-term vision is “our best hope”, Ms. Waly underscored that it can only succeed if we “invest in young people, and they in turn are invested in changing their world for the better and making it safer for all”.

Youth Representative Junbert Pabon, from the Philippines, highlighted the experiences of youngsters written off as “criminals” at an early stage, warning that incarcerating them in adult facilities, just created a breeding ground for more hardened criminality.

Moreover, he noted that some branded as criminals, prove the sceptics wrong and given a second chance, or a chance to clear their name, emerge later as important “peacemakers”, who can steer others away from the wrong path.