Concerns are growing over the fate of Dom Phillips and Bruno Araújo Pereira, who were first reported missing in the remote Javari Valley, in the far western part of Amazonas state on Sunday. They had reportedly received death threats just days prior.

Phillips’s wife, Alessandra Sampaio, posted a video on Tuesday pleading for the federal government to step up their search operations, saying, “We still have a little bit of hope that we’ll find them.”

“Even if they don’t find the love of my life alive, they have to be found, please,” she said.

Home to thousands of indigenous people and about 16 uncontacted groups, the Javari Valley — the second largest official indigenous land in Brazil — is a patchwork of rivers and dense forest that makes access very difficult. The area has come under increased threat from illegal miners, loggers, hunters and international drug traffickers exploiting its vast network of rivers.
Phillips is an Amazon specialist and long-time contributor for UK newspaper The Guardian. He had traveled to the region with Pereira, a staffer on leave from the Brazilian Indigenous National Foundation (FUNAI), to conduct research for a book project on conservation efforts there.

On Sunday, the men were supposed to take a two-hour trip to Atalaia do Norte, which borders the valley and Peru. According to the Coordination of the Indigenous Organization (UNIVAJA), they never arrived.

Phillips and Pereira had received death threats in the week leading up to their disappearance, UNIVAJA said.

While the Javari Valley is under government protection, it’s considered lawless, with repeated incursions by land grabbers, illegal miners, illegal hunters and illegal fisherman. It can be a hostile environment for journalists and indigenous rights activists.

“In this region, violence is advancing in an increasingly uncontrolled manner in the context of the invasion of indigenous lands and lands that belong to the state, repression of the freedom of press and the work of journalists,” UNIVAJA said in a statement.

In 2018, Phillips reported on the threats posed by illegal mining and cattle ranchers to uncontacted indigenous groups there, with Pereira at the heart of that article.
Survival International, an NGO that advocates for indigenous peoples, said that Pereira had previously received “many threats” as a result of his work as an “ally of the Indigenous struggle.”

Illegal activity in the Javari Valley

Antenor Vaz, a consultant for the isolated indigenous peoples group Land is Life, blames the Bolsonaro administration’s funding cuts to FUNAI — Brazil’s federal government’s indigenous agency — for contributing to the proliferation of illicit activities in the protected area.

“In (2019), illicit actions from narcotrafficking and golddiggers increased in a staggering manner. This was when international drug trafficking partnered with illegal mining and logging activities,” said Vaz, who previously worked at FUNAI in the Javari Valley.

In September 2019, indigenous affairs worker Maxciel Pereira dos Santos was murdered in the same area, according to Brazil’s Public Prosecutor’s Office. In a statement, a union group representing FUNAI workers cited evidence that dos Santos’ murder was retaliation for his efforts to combating illegal commercial extraction in the Javari Valley, Reuters reported at the time.

President Jair Bolsonaro campaigned in 2018 on opening indigenous territories to economic activities, such as mining and farming. Since he has been in power, he has made good on that promise, including effectively weakening FUNAI’s power by transferring its jurisdiction from the Ministry of Justice to the Ministry of Agriculture Ministry.

Bolsonaro has long argued that the natural resources of indigenous lands must be put to use for indigenous groups’ own economic welfare and that of the country. But many indigenous groups disagree with Bolsonaro’s vision of profiting from wild lands.

Commenting on the disappearance on Tuesday, Bolsonaro appeared to question the choice to venture into the isolated area.

“Two people alone on a boat, in a region like that, completely wild. It is an unrecommended adventure. Anything can happen, it could be an accident, it could be that they have been executed, anything could have happened,” Bolsonaro said.

“We hope and pray to God that they will be found soon,” he said, adding that the military was working “very hard.”

Late Monday, the search and rescue operation began, after a delay attributed to a bureaucratic process earlier in the day.

The Amazon Military Command said they had deployed a team of military jungle combatants and a speedboat for the search, along with the Navy, who was seen deploying in images released on Tuesday morning.

Pereira’s partner, Beatriz, and his two brothers, Max and Felipe, have pleaded for search operations to be intensified, saying in a Tuesday statement that “the safety of indigenous peoples and search teams must also be guaranteed.”

Phillips’s sister, Sian Phillips, said in a video that her brother “loves the country and cares deeply about the Amazon and the people there.”

“We knew it was a dangerous place, but Dom believes it is possible to safeguard the nature and the livelihood of the indigenous people,” she said” 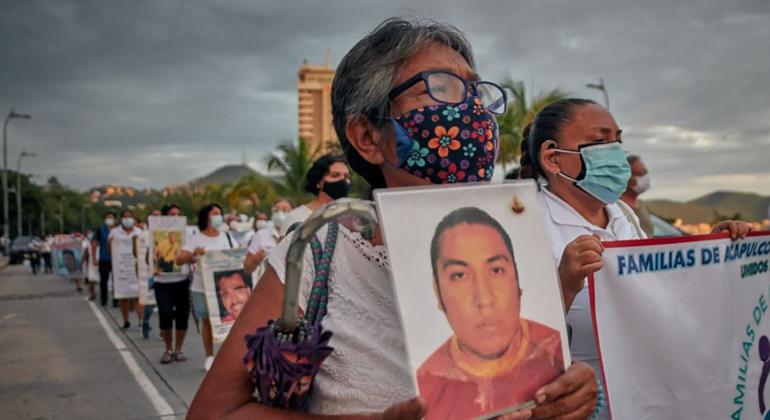 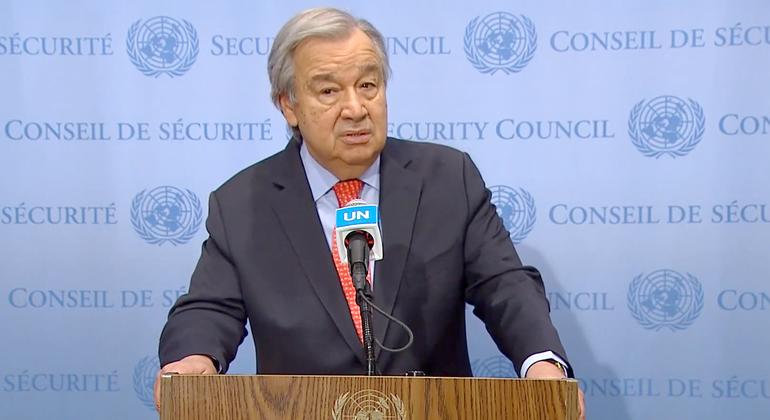 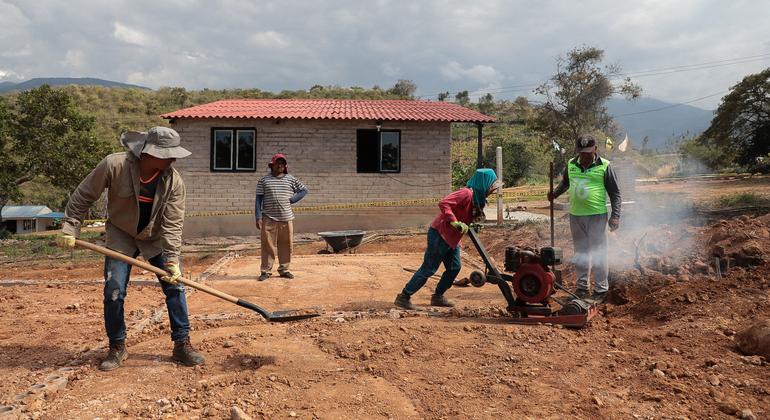 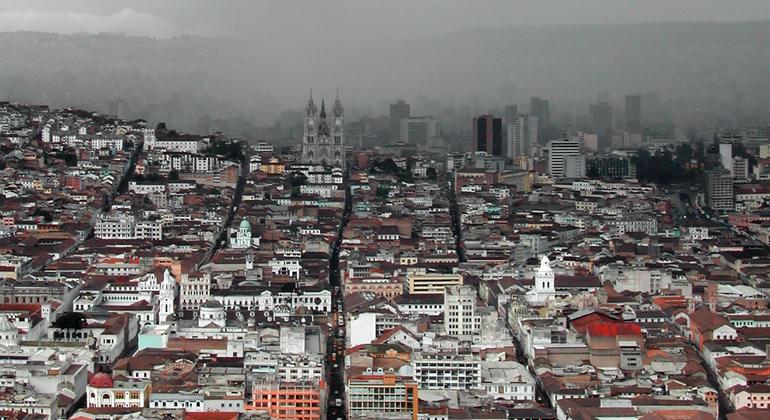 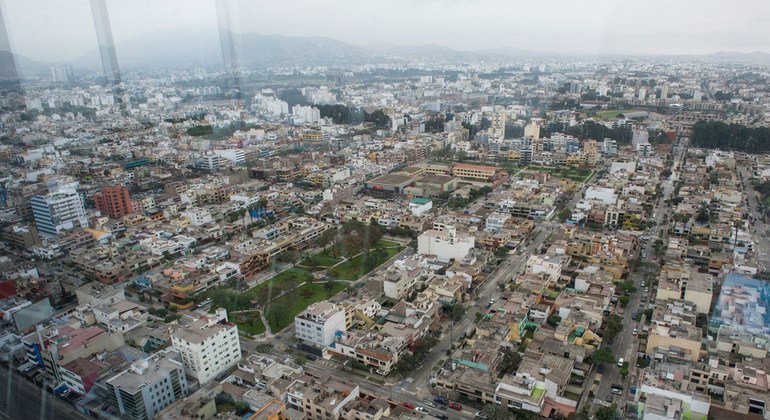 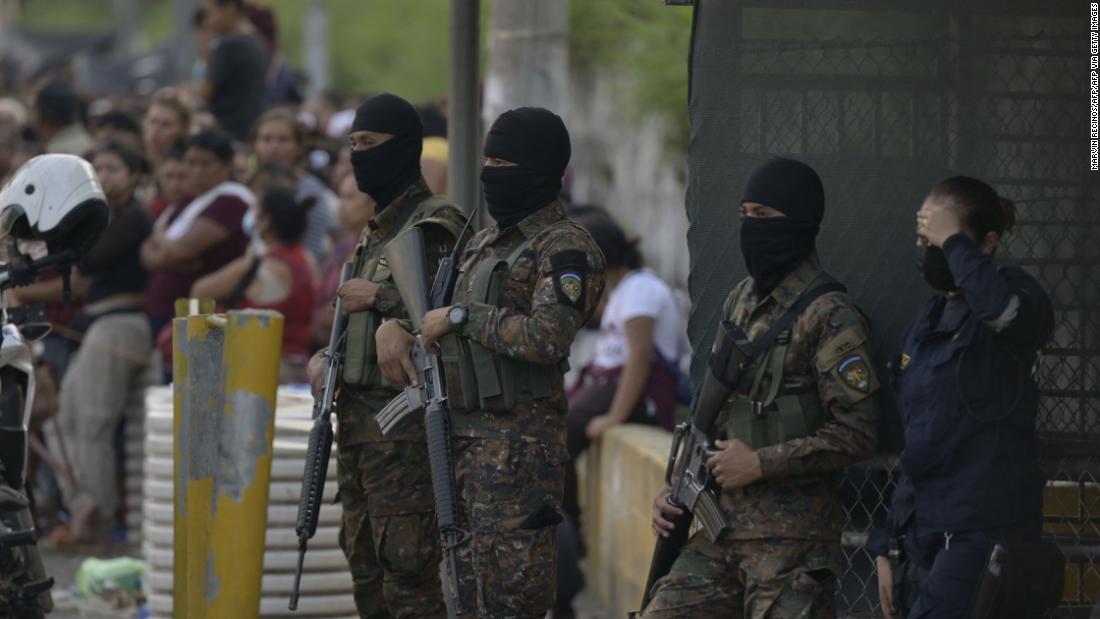 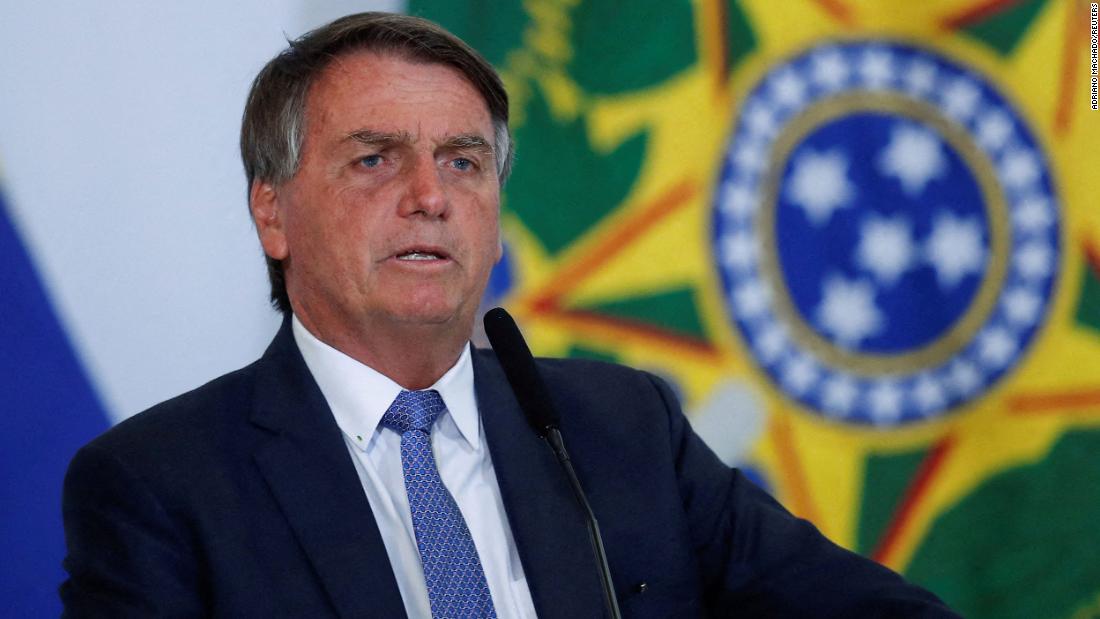 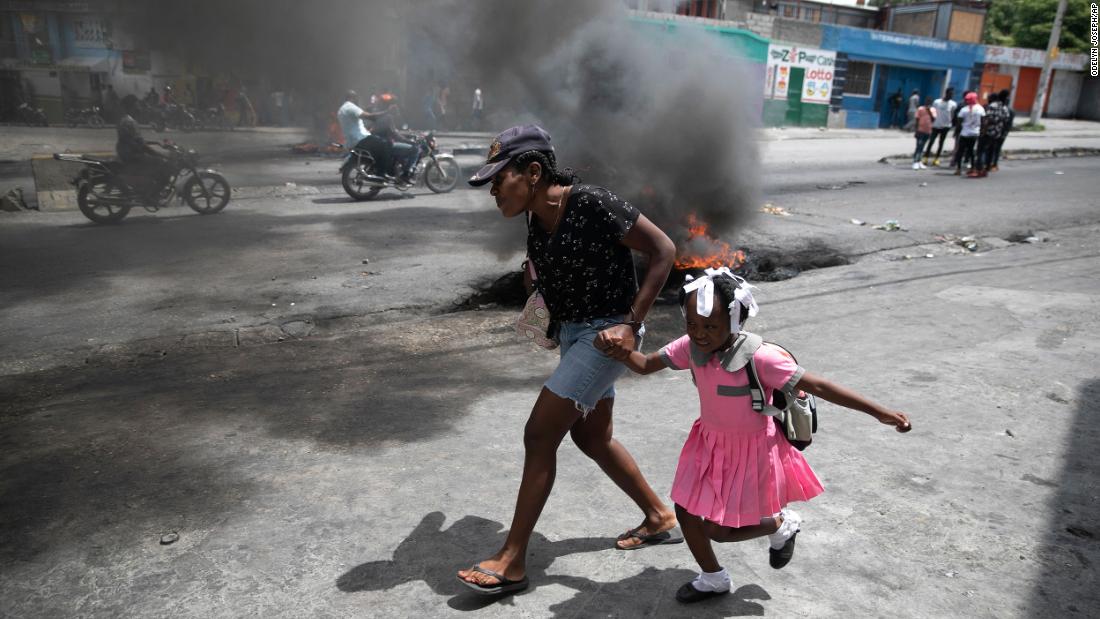 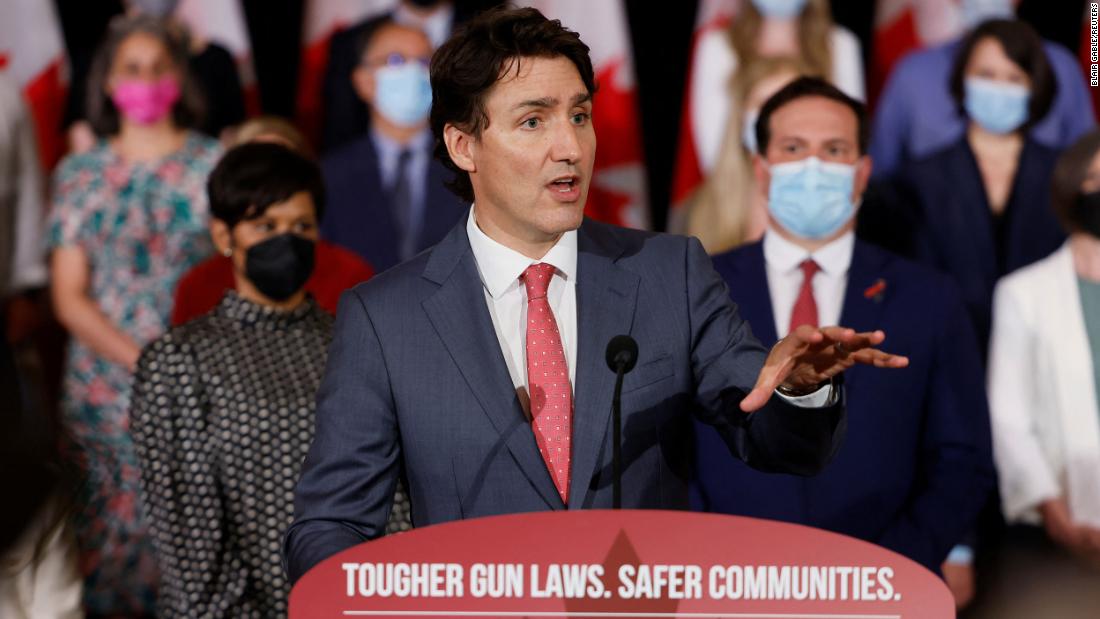 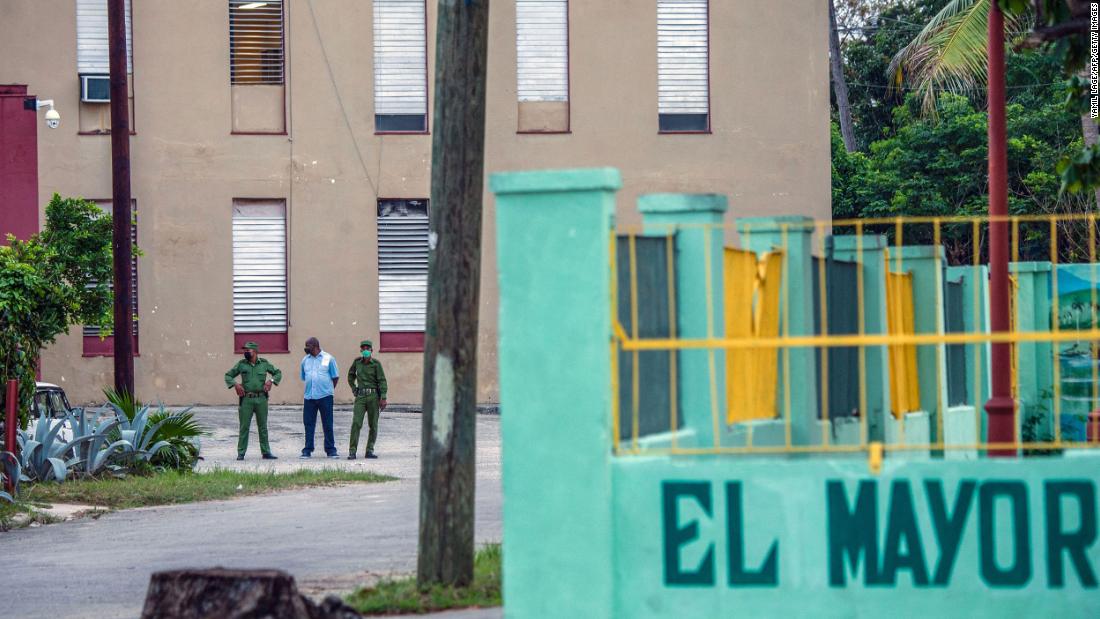